When We Hide Things 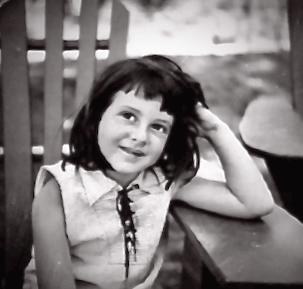 When I was six or seven, my mother started giving me more toast than I wanted at breakfast every day. Because I didn’t know how to tell her that I didn’t want all of it, every morning I threw one piece of toast behind the refrigerator. I felt so clever and gleeful getting away with my little prank.

Some weeks later, my mother was cleaning behind the refrigerator and found a lot of toast back there, and I had to admit what I had done. As I remember, she thought it was as funny as I did, and in chuckling over my childishness she may even have neglected to explain that telling the truth would have been a good idea. Anyway, she figured out that she shouldn’t give me as much toast for breakfast after that.

When We Hide Bigger Things

Our childish glee in hiding things can be relatively harmless. But when we grow up, the things we hide are often much more significant.

We might be afraid to tell a friend that we don’t like some of her behavior, so we hide our feelings and avoid her, leaving her wondering what happened, or even causing the unnecessary end of a valuable relationship.

Or maybe we feel insecure about ourselves in music school, but instead of finding people to talk to openly about it, we act superior and speak badly about our fellow students, breeding an atmosphere of competitiveness instead of friendliness.

Or we might not know how to find the confidence to perform, so we imitate someone else’s proud stride onstage and then can’t quite keep up the front while we’re actually playing. (I did this at 19.)

Uncovering Hidden Things As We Grow

As we mature, we often realize that we’ve hidden parts of ourselves from our own awareness. For example, a performer may struggle with self-doubt for years and then remember that his parents often belittled him and that he still partly believes their negative messages. With the right support, he can face that deep hurt, gradually heal from it, and eventually triumph as the performer he longs to be.

Very few of us had ideal parents, and unhealthy messages from the culture around us can also harm our self-esteem. Most of us travel a long path to strength and confidence, and we grow in stages.

What I Uncovered Last Year

Last year, at 70, I was determined to get past a roadblock in my teaching life. I’d been feeling frustrated for years, wanting to help many more musicians through my work and not knowing how to reach them. Finally, it dawned on me that if I really looked for it, genuine guidance had to be out there somewhere.

Around that time, an email arrived in my inbox about an online course called Visionary Business School, and I signed up for it. The first couple of weeks were great, and I started sensing that I could find a whole new way to reach people. But as the course moved into the third week, I started feeling stuck again.

Then I remembered meeting Angela Beeching a few months earlier. Angela is a career coach who specializes only in musicians, and I decided to try working with her.

She opened the door to a whole new world.

Early in our work together Angela asked me what action I wanted to take first in order to reach some of my goals. I said I wanted to create an entirely new website, so that people would have a better understanding of how I could help them.

Although many people create websites very quickly, Angela took a different approach. She had me do a lot of research first—looking at all kinds of websites to notice what kinds of things I liked. Language, ideas, pictures, colors, fonts. She didn’t want me to just imitate someone else’s website. She wanted me to dig deep inside of who I am and what I teach, so that I could make it crystal clear to everyone.

Angela is a brilliant thinker and editor, and she really understands and cares about musicians. In fact, she’s a musician herself—a cellist with a DMA from Stony Brook. In our sessions together, she asked lots of questions: “What is it that you actually teach people?“ “What does this phrase really mean?“ “Is there a better way to say that?“

I realized I had gotten into a habitual way of wording things that didn’t communicate clearly. Often Angela suggested words herself, and we went back and forth until things felt really right. And when we didn’t agree, she encouraged me to go with my own convictions. Step by step, I myself began to understand my work more clearly than before. I had stopped focusing on my frustration and was instead putting my energy into creating a more genuine description of my work.

The website took 10 months to complete, and I finally launched it yesterday. Because of Angela’s guidance and the in-depth work I did, I now feel extraordinarily clear for the first time about what I offer. Looking back, I see that before I took this deeper look into my teaching, a lot of my true self was hidden from view, even from my own awareness. It’s been empowering and freeing to bring it all to light.

What Are You Still Looking For

Is there something in your life that still feels stuck? Do you too feel like you’re being held back by insufficient guidance or a limiting belief?

If it’s about your playing, I invite you to check out my new website and set up a time talk to me about how I could help you reach a new level of freedom and expressiveness.

If it’s about developing your musical career, I encourage you to contact Angela. She’s a gift to us all.

Here’s to more expressiveness in your performances!