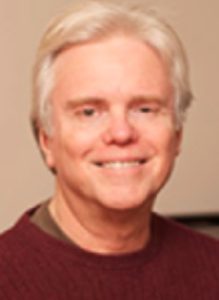 Timothy Mueller is a pianist, educator, church musician, and composer in Madison, Wisconsin. His mission is to inspire students and audiences through compassionate teaching and heartfelt performances.

Tim has appeared as soloist with the Chicago Civic Orchestra, the Milwaukee Civic Orchestra, and the Green Bay Symphony. He has performed on fortepiano with the Madison Bach Musicians and has played solo recitals and chamber music concerts in New York City, Madison, Milwaukee, Minneapolis/St. Paul, and other Midwestern cities. Since 2013 he has served as organist and pianist at St. Stephen’s Lutheran Church in Monona, Wisconsin.

After receiving a Masters Degree in Piano Performance from the Eastman School of Music, Tim completed certification in the Art of Practicing with Madeline Bruser in 2005. As part of the certification process, he retrained his piano technique and learned to integrate mindfulness practice with his piano practicing, performing, and teaching. He has practiced mindfulness-awareness meditation since 2003.

Tim teaches piano privately in Madison, Wisconsin, where he lives with his wife and two sons.