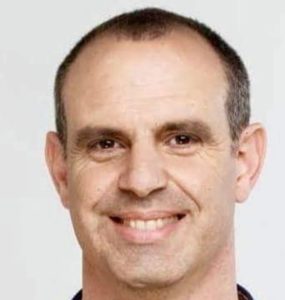 Jazz Saxophonist and educator Tal Varon has performed in Israel, Europe, Canada, South Africa, and the United States, in jazz ensembles and in classical settings, including with the Israel Philharmonic. He currently plays in The Israel Jazz Orchestra, and his composition, Coming Home, appears on the group’s latest album, Nine Tales, One Story. He also leads his own quintet, which performs primarily his original compositions.

Mr. Varon is on the faculty of the Israel Conservatory in Tel Aviv. His teaching, which includes saxophone, jazz theory and ear training, improvisation, and ensembles, is informed by a contemplative approach. He has taught at The Rimon School of Music, where he founded and teaches The Art of Practicing and Performing course, the Israel Conservatory of Music, and the New School University Jazz academic program. He has led workshops in the Art of Practicing and Performing for the Youth Israeli Philharmonic Orchestra, Winners of the America-Israel Foundation scholarships, and contenders in the Spring Competition. In 2016 he presented a seminar on the Art of Practicing at the Israel Philharmonic’s first international conference on music education.

A recipient of scholarship awards from the America-Israel Foundation, Mr. Varon received a BFA in Jazz performance from The New School University in New York. He is an authorized meditation instructor in the Buddhist tradition as well as a certified Focusing Trainer. His work with musicians integrates all the streams of teachings he has trained in.