Playing From the Heart: Lee’s Story 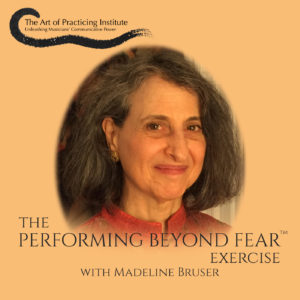 This story describes how you can overcome stress and performance anxiety by tapping into the power of your heart.

Lee arrived at his lesson last week after a full day’s work at his office. He took a few minutes to settle down and warm up a bit. But as he started playing I could tell he needed more time to relax in order to freely release his musicality. I asked him how he felt about he had played. He said, “I wasn’t in the flow.”

Lee was familiar with the Performing Beyond Fear exercise, and I asked him to do it again. After doing the three short reflections that make up the exercise, he began the piece again. His playing was unrecognizable as coming from the same person—except that I had heard him play this beautifully and fluidly many times before.

I asked Lee what it was like for him to play the second time. He said, “It’s fluid now—I can feel my fingers and feel the sounds. I really feel the music now.”

The exercise worked because it took Lee’s mind off of stress and anxiety and connected him to what really matters to him in making music. After doing it, his playing transmitted ecstasy— it melted my heart from the opening phrase. This is what people pay money to hear, and I was hearing it in my own studio.

Thank you, Lee, for taking a few minutes to connect with yourself so that you could connect more with the music, and with me as your listener. You gave me an unforgettable moment with the magic of Claude Debussy, and you reminded me again that this magic is always within our reach.

P.S. You can listen to the Performing Beyond Fear exercise and try it yourself before playing your instrument. Discover a new dimension that lies waiting within you.