Nora Krohn on The Transformative Power of Caring

I am so pleased to publish Nora Krohn’s 12th article here. It is one of her very best, and so needed in today’s music world.

The Transformative Power of Caring 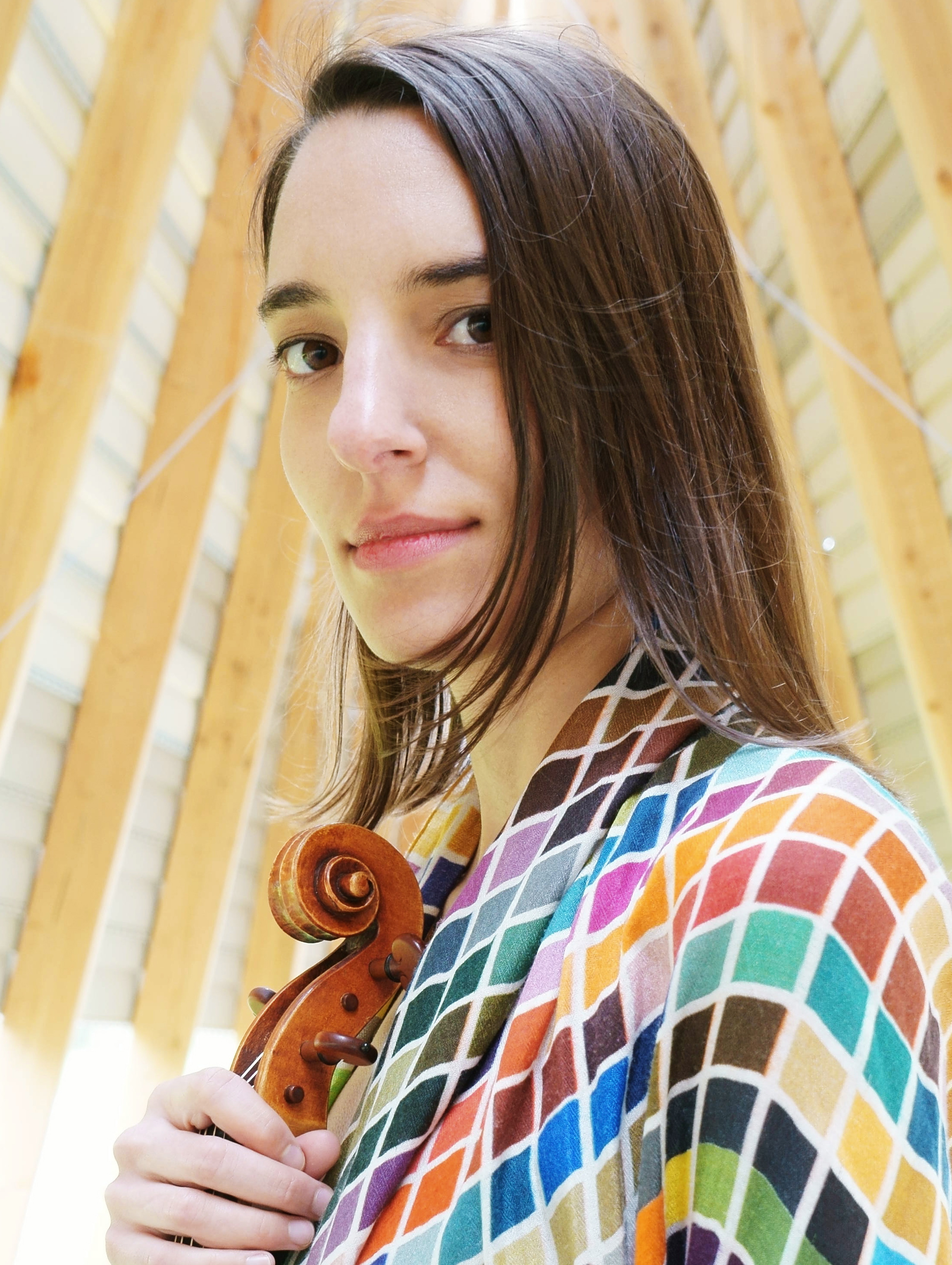 A number of years ago a conductor I knew from a handful of previous engagements invited me to be a guest principal for a concert with a chamber orchestra in Europe. When I arrived at the first rehearsal, exhausted from the trip, I was feeling a little apprehensive at the prospect of leading such a formidable ensemble as a guest—I had prepared well, but I’d never played with the orchestra and was the sole American flown halfway across the world to fill out and lead the ranks of more local players. After glancing around the rehearsal room at the other musicians taking out their instruments, tuning, and warming up on tricky passages, my eyes drifted to the principal viola stand, where I saw my would-be stand partner intently marking something in the part. I strode over to the stand and turned to her with a smile. Her eyes stayed locked on the music as she continued making notes with her pencil. Hoping her avoidance of eye contact was merely dedication to her task, I decided to let her finish, and meanwhile took out my viola and bow. When she finally put down her pencil and looked up, I extended my hand to her in greeting: “Hi, I’m Nora, it’s so nice to meet you,” I said brightly, eager to forge a smooth working relationship for the week ahead. Her feelings on the subject became decidedly clear when she responded with a flat, “Hello” and immediately turned to speak to one of her colleagues. I awkwardly lowered my hand back down and fixed my eyes on the music stand, my longing for a warm reception punctured by her acute lack of enthusiasm.

My gloomy reflections about our inauspicious start were interrupted by the arrival of the conductor, who set down his bag, greeted everyone, and took out his baton. The concertmaster stood up to tune the orchestra, and then we started in on the symphony. I tried to enjoy the rich sound of the ensemble, but the cheerful, sunny melody of the first movement was undercut by my growing preoccupation with my stand partner’s disconcerting behavior. She was a confident, beautiful player, but she made little effort to follow my cues, and chuckled to herself whenever I played a note slightly out of tune. At first I thought I might be paranoid, but as the rehearsal continued I noticed her groaning when the cellos weren’t quite together, and rolling her eyes in disgust when the first clarinet missed his entrance in a complex fugal passage. Still, I wasn’t quite prepared for the moment when she turned to me and said with a grimace, “Why are we doing this bowing? It’s terrible.” “Uh, well,” I mumbled, dumbfounded by her directness, “I guess because the first violins are doing it and I just thought that–” “You should tell them to change it.” Struggling to regain an air of authority, I stammered back, “Uh, oh, ok well I’ll speak to the concertmaster about it. Maybe he…” I drifted off when I could tell she wasn’t listening.

Tapping Into the Bedrock of Your Heart

By the end of the first rehearsal I felt like I needed a stiff drink, even though it was only 2:00 in the afternoon. Lunch with some colleagues brought glasses of strong local liquor and blithe reassurances that I was doing a fine job, but neither did much to soothe my uneasiness. I wandered back to my solitary hotel room in a downpour and braced myself for a week of discomfort. While I stared at the wall, hearing the rain drumming against the window, I felt tears sliding down my cheeks unbidden. “Great,” I thought, “here I am, supposed to be a leader, professional, unshakeable, and a little criticism from some grumpy person who doesn’t like me is making me fall apart.” I was berating myself for my lack of confidence and oversensitivity, telling myself I was a weak leader and a phony musician, when I remembered why the conductor had flown me to a foreign country to serve as principal of this orchestra in the first place. After our first time working together, where I’d been sitting in the back of the section, he’d approached me after the concert with a formal air and a kind smile. “You are…very special musician,” he’d said, in his halting English. “Great violist, very great…humanity. I hope very much we can work together once again.” He then bowed his respect and bade me good night.

With the warmth of that memory resonating throughout my body, I turned it like a lens back to the current situation with my disapproving stand partner. Filtered through the conductor’s kind words, the aching sensation in my chest revealed that there was something deeper at work than my desire to be liked and approved of, my intention to do a good job and be seen as capable and confident. Underneath the pain caused by perceived criticism and rejection was a vast, profound sense of caring, of having a heart that longed to give and receive, to serve the world. And I saw that that simple caring was powerful, resilient, and enduring, because it was the true bedrock of who I was, not the insecure person grasping for the comfort of others’ esteem. That’s what the conductor had seen in me—my care for the music and for the whole of the ensemble, regardless of where I sat or who was watching. When I realized that, the quality of my tears turned from self-pity to an awed, tender gratitude.

Over the course of the week I realized that any attempts to be collegial with my stand partner would be futile, and I stopped trying to get her to like or respect me. Besides, the section needed me to lead with enthusiasm, not melt into a puddle of self-doubt. Once I stopped fixating on her comments and demeanor and claimed my musical space, she softened toward me ever so slightly. In a quiet moment she revealed the ways she felt stifled in her life and career that caused her frustration and regret, which made me feel more sympathetic toward her. She even complimented me on my solo in the concert. But in the end what really mattered was not that I’d won her over in some small respect, but that in the midst of grave doubts I had been able to witness the goodness of my own heart and the sincerity of my desire to serve the music, and in so doing I’d found confidence to command the situation authentically.

When Others See Your Powerful Heart, Even if You Don’t

As I write, I am reminded of another moment of tension with a colleague that taught me about the power of my own caring to transcend a difficult situation, in this case one of my own making. About a year out of school, I auditioned for the assistant principal position in a small regional orchestra. I’d been occupying the seat as a substitute for the entire season and thought I was a shoo-in for the job, but in spite of my high hopes I got very nervous for the audition and didn’t play well. It was a small audition, but since my foothold in the working world of music was tenuous and I’d cast the job as a very big deal in my mind, I was devastated when I lost. When I learned who had gotten the position, my embarrassment and envy pushed me into writing him off as an arrogant jerk, even though I’d never even met him.

A few months after the audition I was relieved when I was invited to sub with the orchestra again. When I got my music in the mail I started preparing diligently as always. Even though I would be relegated to the back of the section, my dismay over losing the audition wasn’t an excuse to sacrifice my commitment to doing my best. When I arrived at the first rehearsal, bruised ego in tow, I was surprised to see that the principal violist wasn’t there, and in her place sat the young man who’d beaten me out for the assistant principal job. Confused, I checked the seating chart and saw I would be sitting assistant principal, my old seat. Right next to the very person I loathed most in the world at that moment.

I dragged myself toward the chair in disgust and trepidation. When I sat down, he introduced himself with an outstretched hand and a friendly expression, which I returned mechanically–despite my inner turmoil, I didn’t want to appear surly or unprofessional. And I especially didn’t want him to know how nervous I was that he’d think I wasn’t very good. So I was surprised when he turned to me midway through the rehearsal and said, “Wow, you sound really great, I’m so glad I’m sitting with you.” Before I could absorb this astonishing kindness, he continued with an unexpected and congenial offer: “I just wrote a viola quartet that I’ll be performing in a couple of months—I’m wondering if you’d like to play it with me and a couple of other people.” I’m not sure if it registered on my face, but his graciousness shocked me. Out of hurt that I’d lost the audition, I’d been consumed with rancor and resentment toward this person, and yet he was responding not with aggression, but with humble generosity.

Letting Your Care Transcend and Transform

Years later, when I asked him what he’d thought about me during our first rehearsal together, I’d expected him to say he’d been turned off by my frostiness. But I was wrong: “No, I don’t remember you being hostile at all,” he said, shaking his head. “What impressed me most was how professional and prepared you were, even though I was supposed to be the one leading. It made me respect you. I didn’t even know you, but I could tell you really cared about the music, and it made me want to do a better job.”

Investing your heart in what you do can leave you more vulnerable to worry that you are falling short, and less defended when others don’t appreciate you or your work. We often confuse that vulnerability with weakness, when in reality it is not weakness at all, but tremendous power. Living in recognition of your own heart, and the way it expresses itself through what you do, is a beacon that lights your way through the world for yourself and others, especially in moments when conflict and confusion loom. It can also be a light that illuminates and transforms the darker places in ourselves, with stunning consequences. My envy had twisted me into making the young man who beat me out for that assistant principal job my mortal enemy, until my care for the music broke through the armor of my antagonism and betrayed the raw goodness of my heart for him to see. In turn, his willingness to see the light I was not seeing in myself transformed my bitterness into tenderness: seven years ago, I saw that man as my adversary; now, he is my husband.

Editor’s note: The kind of caring Nora writes about here abounds at The Art of Practicing Institute’s summer program. We’d love to have you with us this summer, July 22 – 29.