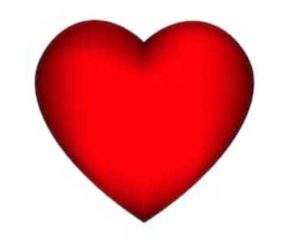 When I met Geri by chance, she was in her mid 60s and had hardly played the piano for 46 years. Her childhood teacher was very critical and discouraging, and she thought there was something wrong with her and that she just didn’t belong in music at all. But she had read my book and liked it. She decided to come to the Art of Practicing Institute’s summer program, as a general participant.
A lot of high-level professional musicians attended the program that year, and it was a revelation for Geri that she wasn’t alone as someone who had been discouraged and harshly criticized as a young musician. At the end of the program she wrote me a thank-you note saying that she now realized that nothing was wrong with her—that the heart of a musician, which is so sensitive, is “regularly crushed.” She decided to try studying piano again, and I recommended that she work online with Tracy Stuchbery, a wonderful pianist on our faculty.
Geri made amazing progress, and she played in a couple of our Live Online Workshops. We all loved her musicality and enjoyed her spirited and sensitive Mozart. Several months ago she became interested in working in person with a teacher also, so she found a teacher in her area in Vermont while she also continued to work with Tracy.
Last week, Geri played in another online workshop. I could tell that she had a good connection with the Mozart movement she played, but her body was stiffer than I had seen it before. She was clenching her hands, and her wrist was often so low that she couldn’t make good use of the weight of her arm in playing.
But there was more to it than that. She had told us in the group discussion that day that a lot was going on in her life, and she had been trying hard to hold herself together under too much stress. When I asked her how she felt about how she had just played, she said she felt stiff. I asked her why she thought that was happening, and she said, “I’m afraid of making mistakes. I don’t want to disappoint you.“
I told her I really didn’t care about the wrong notes, and I asked what her childhood experience was like if she made mistakes at a lesson. She described how harsh her teacher was, and I said she needed to really feel that old pain. Within seconds, she started to cry, and I knew that she’d be able to relax her body more now. She was ready to face her old story and let it go.
Then we worked in minute detail with her arm movements, changing the height of her wrist, and going note by note to unclench her hands. After several minutes, she got the hang of it, and she played a few phrases again, completely transformed. There was a lightness and openheartedness, and I felt that the music could really breathe now. It was unrecognizable as the same person playing.
I asked her what it was like for her that time. She said, “I could hear the resonance of the sound. The resonance of each sound led to the next sound, and I got the lightness I wanted. It was like water flowing. Before, I was wiggling my arm around a lot, but not getting it. Now I can move less and get it to sound the way I want.” I was glad to help her give up both her perfectionism and her habit of overworking.
I gave Geri three instructions for her practicing:
1.  Let yourself feel your heart’s longing.
2.  Notice how your body feels as you adapt to new movements.
3,  Use your wonderful intellect to understand and work with those new movements.
“You don’t have to throw anything away,” I said. “You get to use your sharp intellect. Just let your heart open too.”

As most musicians know, Geri’s old story is all too common. It seems that the extreme challenges of mastering a piece of music lead many teachers and performers to focus excessively on being note-perfect, at the expense of the human spirit that is their greatest asset. We can trust ourselves much more than that. Without relaxing our effort enough to genuinely explore music and develop our creativity, we box ourselves into a small space in which neither our brilliant curiosity nor our tender heart can shine. Mistakes are bound to happen in any creative activity. In any human activity. Let’s keep our focus on the magic of the whole process.

P.S. If you’re a pianist in the New York area and would like to break through habits that are holding you back, I invite you to check out my upcoming piano master class series, starting January 23.
P.P.S. And no matter what instrument you play, the Art of Practicing Institute invites you to apply to our legendary, transformative summer program, happening next July!