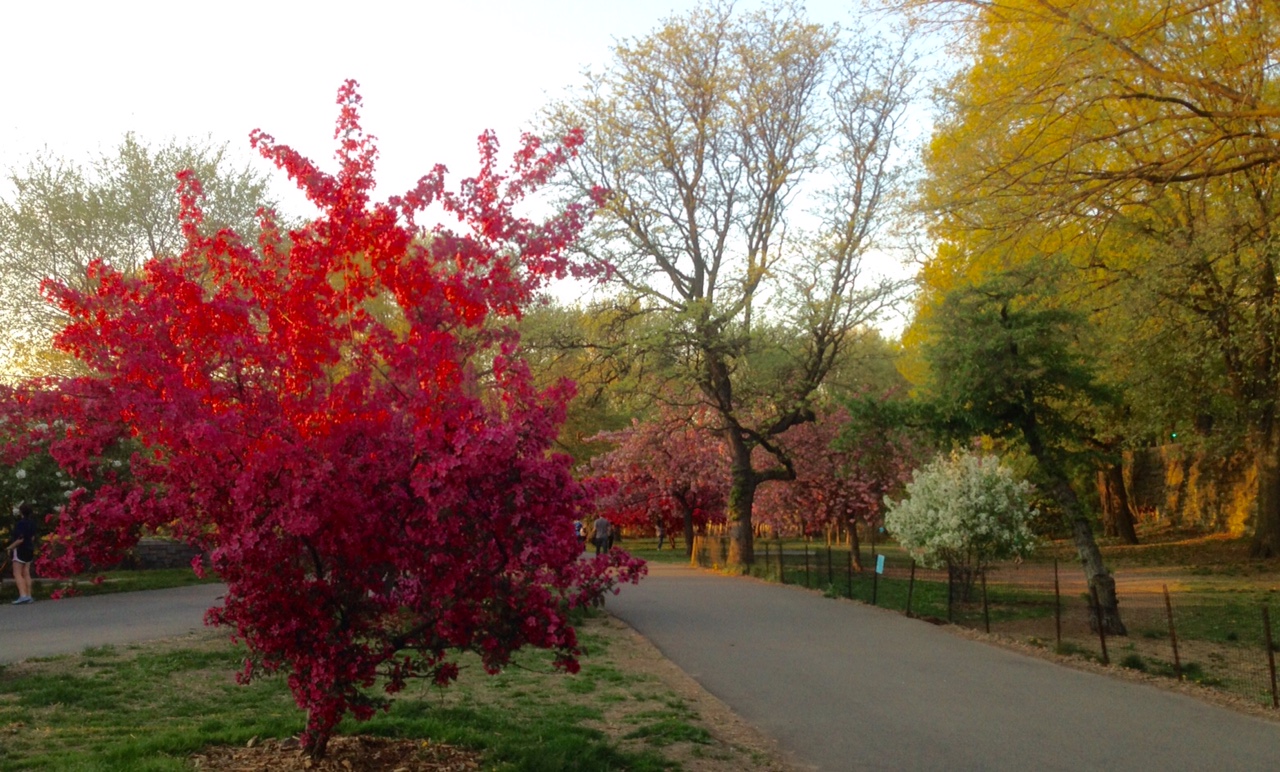 We’ve had a spectacular spring in New York, unlike any I can remember – intoxicating flowering trees followed by the unbelievable boldness of green everywhere, magically invading the masses of gray city buildings. Seeing this vibrant display of natural beauty, I can breathe more freely, and I feel more human. It’s a huge infusion of life-giving energy.

Seeing this renewed world around me, I became inspired to do lots of spring-cleaning in my apartment. I cleared out stuff from corners that I don’t need. Washed windows. Gave away clothes I never wear. Scraped grunge off of the stove. Organized documents on my computer into folders. Dumped countless miscellaneous papers. Every time another area of the house was decluttered and cleaned up I felt uplifted – I could enjoy living here much more, and I could move forward with more energy with work projects and with life in general.

In practicing our instrument we accumulate another kind of clutter that gets in the way of fully enjoying ourselves. This clutter appears if the form of three types of habits that work against us: physical habits, mental habits, and musical habits. Let’s take one example of each of these types of habits and look at how we can clean up that habit, so we can enjoy practicing more and get better results.

Many instrumentalists, including pianists, have a habit of holding their fingers above the keys when they’re not using them to play. This takes extra muscular effort from your forearm, which means you have unnecessary tension in your hand and forearm, obstructing the free flow of energy through your arm into the instrument. This tension inhibits both speed and expressiveness – you have less access to muscular power as well as to your natural sensitivity. This habit also makes it harder to play fast. If you think of tensing up your body and trying to run, you’ll get the idea – you can’t go fast when your body is tense. In fact, this habit works against your physical abilities so much that it is the cause of 9 out of 10 injuries among pianists.

A physical habit is like a code in your spinal cord. To change the code, you have to put your brain in charge and deliberately do something different, repeatedly. That means going really slowly – slowly enough that your brain has a chance to give a your fingers the new message: “stay down.”

Let’s break this process of changing the code in your spinal cord down into steps:

This may seem very time-consuming and like a lot of picky little steps. But because you’re really paying attention, you’re actually rapidly creating new neuropathways. So even after ten minutes, the new habit starts to form – you don’t have to think so much to keep the fingers down. They learn.

After ten minutes of this kind of practicing, stop practicing for at least ten more minutes, so that your brain can rest from the intense focus. You can do several ten- minute sessions like this a day if you want. But even if you do it only a couple of times, within a week you will likely be amazed at how much easier it is to control your hand.

In our fast-paced world, we get used to “having it now.” Ordering a product on Amazon that arrives the next day. Texting a friend and knowing they’ll get your message within an instant. Snapping photos with your phone and immediately sharing them with hundreds of people on Facebook.

But practicing music is an art that requires a lot of patience and skill – including the skill of self-awareness. Self-awareness here means recognizing when you’re into destructive habits – like pushing yourself hard, berating yourself when you feel frustrated, or rushing through a difficult passage because it’s “good enough,” instead of taking the time to really explore the technical and musical issues in it. Or simply not noticing that you feel tense and frustrated until you suddenly realize that your arm hurts a lot.

How can you change this kind of habit? You can’t see it, like fingers that are up in the air. What do you actually do to change a mental habit that is working against your enjoyment and progress?

Here’s an example of how to do this:

Musical Habits
Musical habits include not listening intently to the sounds we’re producing, and not creating well-shaped, coherent phrases. Often, we don’t realize we’re engaged in these habits – but we can feel that the music isn’t flowing easily.Let’s take the example of not listening intently to the sounds you’re making. What does that mean?Musicians often think they’re listening fully when they’re actually just glossing over the notes and the changes of harmony. If you think you’re listening with 100% attention but the music isn’t responding to your efforts, consider that you might benefit by applying a specific listening technique. For now, I recommend this one:

As you get used to this deep-level listening, your ears will gradually open more and you’ll be able to hear music this fully at faster speeds. This is real ear training – training your ears and your whole system to operate the way they’re meant to, so that you become the musician you’re meant to be.

If you have any questions after trying these decluttering techniques, I’d love to hear from you! You can ask in the comments below or write me an email. It’s my passion to help musicians streamline their practicing and soar in performance.

Here’s to more expressiveness in your performances!